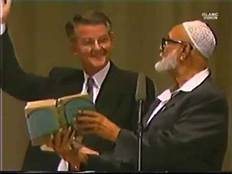 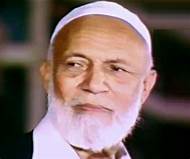 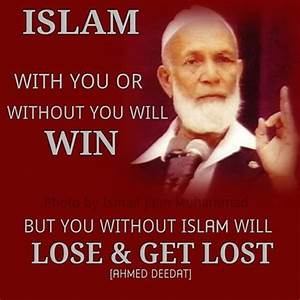 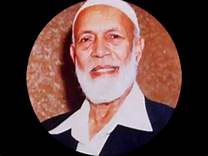 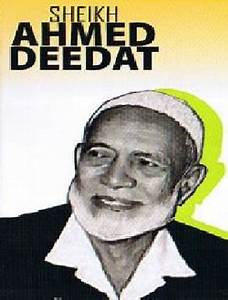 eBooks of Ahmed Deedat about Inter-Religions

​Muhammed (p.b.u.h] the Natural Successor to Christ, by Ahmed Deedat:

Download File
Is the Bible God's Word?, ​by Ahmed Deedat:

Download File
Al-Quran the miracle of miracles, ​by Ahmed Deedat:

Sheikh Ahmed Deedat is a world famous Muslim speaker. He is also known as a writer. He specializes in the field of inter-religion debates mostly between Islam and Christianity. He wrote many books and booklets with comparison between Islam and Christianity.
He is one of the most prominent Islamic scholars in the field of dawah. Hearing his lectures, millions of people accepted Islam.
He was born in the Surat district of India in 1918. He came from a poor family. His father went to South Africa after his birth. In 1927, he went to South Africa to find his father. There, he started his study and also surpassed other students.
While in Africa, he had several debates with Christian missionaries. After that, he became very influenced to learn about Christianity and Islam more. Then, he started debates with the trainee missionaries. He became very successful and started his dawah. He had several debates with world famous Christian evangelists.
Deedat established the IPCI, an International Islamic Missionary Organization. He was awarded the King Faisal International Prize for his excellent missionary work in 1986. Sheikh Ahmed Deedat passed away on August 8, 2005 (aged 87).


1. Is the Bible Truely the Word of God?
Full debate link: Is The Bible The Word of God? - Debate - Sheikh Ahmed Deedat VS Pastor Stanley Sjoberg ...
2. Muhammed in the bible - Ahmed Deedat 1 of 11
And they say: "None shall enter paradise unless he be a Jew or a Christian." Those are their (vain) desires. Say: "Produce your proof if ye are truthful." Sura 2 Verse 111

5. Ahmed Deedat - The FAMOUS EPIC question which NO CHRISTIAN can answer until today!!

6. Ahmed Deedat - Pastor DOES NOT answer question "Which Bible Sir?"
The full debate can be found in the link below: Is The Bible The Word of God? - Debate - Sheikh Ahmed Deedat VS Pastor Stanley ...

7. Ahmed Deedat Answer - Why do you claim Islam to be the true religion?
Preview of Debate with Anis Shorrosh Brother asks the question to Ahmed Deedat on why he claims Islam is true compared to Christianity. Ahmed Deedat talks about the prophecies about this book and this Messenger peace be upon him in New and Old Testament. Deutoromy 18 18 : I will raise up for them a prophet like you from among their fellow Israelites, and I will put my words in his mouth. He will tell them everything I command him. 18 19 : I myself will call to account anyone who does not listen to my words that the prophet speaks in my name. Reference: Background - Dawud Wharnsby Ali Recitation - Sheikh Abdullah Matroud

14. No Christian can answer this question "Show me one verse where jesus said Iam God worship me?"
15. Ahmed Deedat Murders an Arguement on Crucifixion

17. Ahmed Deedat embarrass and destroy the belief of priest

21. Ahmed Deedat explains what is the real Torah and InjeelThere is a lot of misconceptions by Muslims who think that the Bible should be translated as Torah and Injeel. But the reality is when we set aside names and look at definitions, we realize that neither the Old Testament nor New Testament fulfill the conditions of what is described in the Quran as revelation (i.e. Wahhi.) This format is creates so that brothers and sisters can download the videdo and upload them to their FB pages and Twitter accounts. Please don't forget to like the video and subscribe if you already haven't. Jizak Allah Khair.